I’ve always been the team game guy, especially I’ve liked all kind of ball games. I’ve never liked running without the reason. The reason can be to chase the ball or run like a mad man around the playing field same time trying to get the ball from the opponent. Or the reason can be hitting the ball with racket and running to catch the ball which was hit towards me by the opponent. But running towards apparent nothingness just for sake of running has never appealed to me.
So many times in the past I’ve started running just to get in shape, but the inspiration has lasted around one month. So why on earth I’m running almost weekly basis and have been running for several months now? Well, first of all I have been honest to myself. If I have no motivation or inspiration, the I do not need to run. But if my body tells me it wants to do some exercise, then I’m happy to do one of the most cheapest exercise on the planet – running.
Last fall I looked around for a new team to have fun with my favourite team game floorball, but I did not manage to find a suitable team. I had to do some sports to get in shape again and just by surfing around the Web I stumpled across C25k-program. The couch to 5 kilometers is a 9 week program which was first started by www.coolrunning.com. The idea is literally to get one off the couch and in the end of the program be able to run 5km without stopping.
I knew from the past moments of running inspiration that the 5km run is quite easy to achieve, so I really started to look into this system and similar systems. And then the major “it” hit me. I have a purpose in the running! It’s not anymore just to get in shape, but I would like to achieve something more with it. I would like to be able to run the certain distance. Oh my, could this be the trick to motivate me? Yes it was! And because I’m a bit of nerd, more motivation was gained through some usable apps for my iPhone: first weeks I used Interval Run (in iTunes) 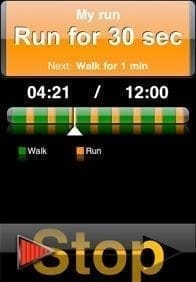 and then from week 7 RunKeeper, which is more suitable for long term recording of any kind of runs.

I’ve been on the program really much longer than nine weeks, because there have been holidays and I’ve been also sick. But I always continued the program because I had a goal – I wanted to run 5km nonstop. Now I have reached it and next week I will run my last two 30 minutes intervals. So I will need a new goal – and I ‘ve already decided to pursue (http://www.djsteveboy.com/gw28k.html) Gateway to 8k.
Hope you get from this article motivation to try out the C25k-program. I would also love to hear your own tricks which motivate you to keep on running!

This website uses cookies to improve your experience while you navigate through the website. Out of these, the cookies that are categorized as necessary are stored on your browser as they are essential for the working of basic functionalities of the website. We also use third-party cookies that help us analyze and understand how you use this website. These cookies will be stored in your browser only with your consent. You also have the option to opt-out of these cookies. But opting out of some of these cookies may affect your browsing experience.
Necessary Always Enabled

Any cookies that may not be particularly necessary for the website to function and is used specifically to collect user personal data via analytics, ads, other embedded contents are termed as non-necessary cookies. It is mandatory to procure user consent prior to running these cookies on your website.